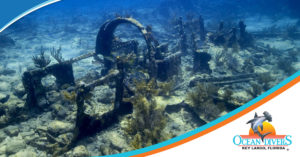 One of the most popular wreck spots on Elbow Reef is the City of Washington. This schooner turned steamship was built in 1877 with two masts and a small engine. She had three decks, a length of 320 feet, and a 38-foot beam. City of Washington transported both passengers and freight between New York, Cuba, Panama and Mexico. In 1898, City of Washington was anchored near the USS Maine in Havana’s Harbor when the Maine blew up. Washington’s crew jumped into action and rescued 90 crewmen. The dining salon became a makeshift hospital for the injured. The deckhouse and lifeboats of the Washington were damaged by burning debris from the Maine.

The wreck is greatly deteriorated, although the hull and keel shapes are still visible. Debris spans an area 325 feet in length. The shallow depths make City of Washington a great spot for snorkeling and for night dives. Marine life is abundant. Divers may spot black grouper and many tropicals. The barracuda, morays, and nurse sharks that hang out in the coral that has grown in the washout under the wreck have been hand-fed for many years and have very little fear of divers.

Take a 3D tour provided by the National Marine Sanctuary! 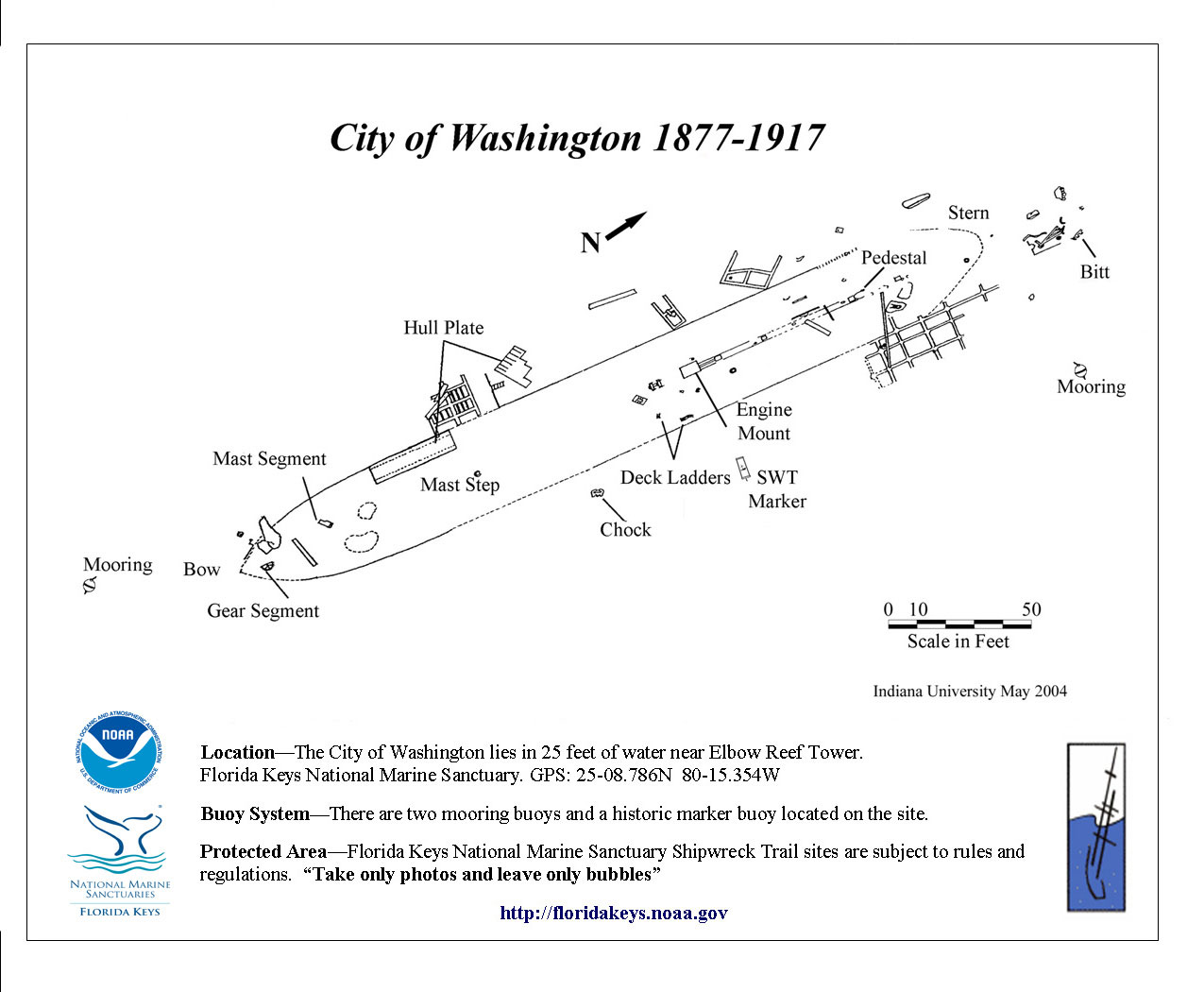