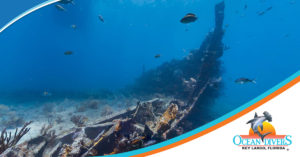 Located within the Florida Keys National Marine Sanctuary is the SS Benwood. This 360-foot long, 51-foot wide 1910 English-built ship sailed a crew of 38 with 12 rifles and one four-inch gun.

The actual sinking of the Benwood, which occurred on April 6th, 1942, has been a subject of much controversy. One account goes as follows. The freighter was torpedoed during World War II by a German submarine off the Florida Keys. As she sailed in search of shallower waters, she was again hit, this time by a passing ship, the Robert C. Tuttle. Five shells on board exploded ending this ship’s possibility for being salvaged. A second more likely account claims the two ships, the Benwood and the Tuttle, collided. Rumors of German U-boats in the area required her to travel completely blacked out. The Robert C. Tuttle, also blacked out, was traveling in the same area, bound for Texas. The two ships were on a collision course, and the bow of the Benwood collided with the port side of the Tuttle.

After she sank, her bow was destroyed to avoid navigation hazards and her hull was used for bombing practice. The remains of her bow now lie in 25 feet of water and provide a home to many fish. Depths of this dive range down to 55 feet at her stern. Goatfish, grunts, moray eels, glassy sweepers, snapper, lobster, grouper and hogfish frequent this wreck. The site is home to a healthy collection of sea fans, sea whips, brain coral, sponges and fire coral. Be careful to avoid contact with the potentially harmful fire coral and with all corals as contact will result in damage to the organisms. The still and careful observer will be able to see tiny jawfish emerge from their protected homes.

Bioluminescent creatures create the nighttime beauty of this location. Divers should be aware that a moderate current is often present at this site. Night diving is meant for the more experienced diver while divers at all levels will find this a great day-time dive.

Although her location is a bit hard to describe, she lies between French Reef and the Dixie Shoals and is marked by a spar buoy and four mooring buoys.

To take a virtual tour provided by the National Marine Sanctuary click here for a 3D tour see the video below! 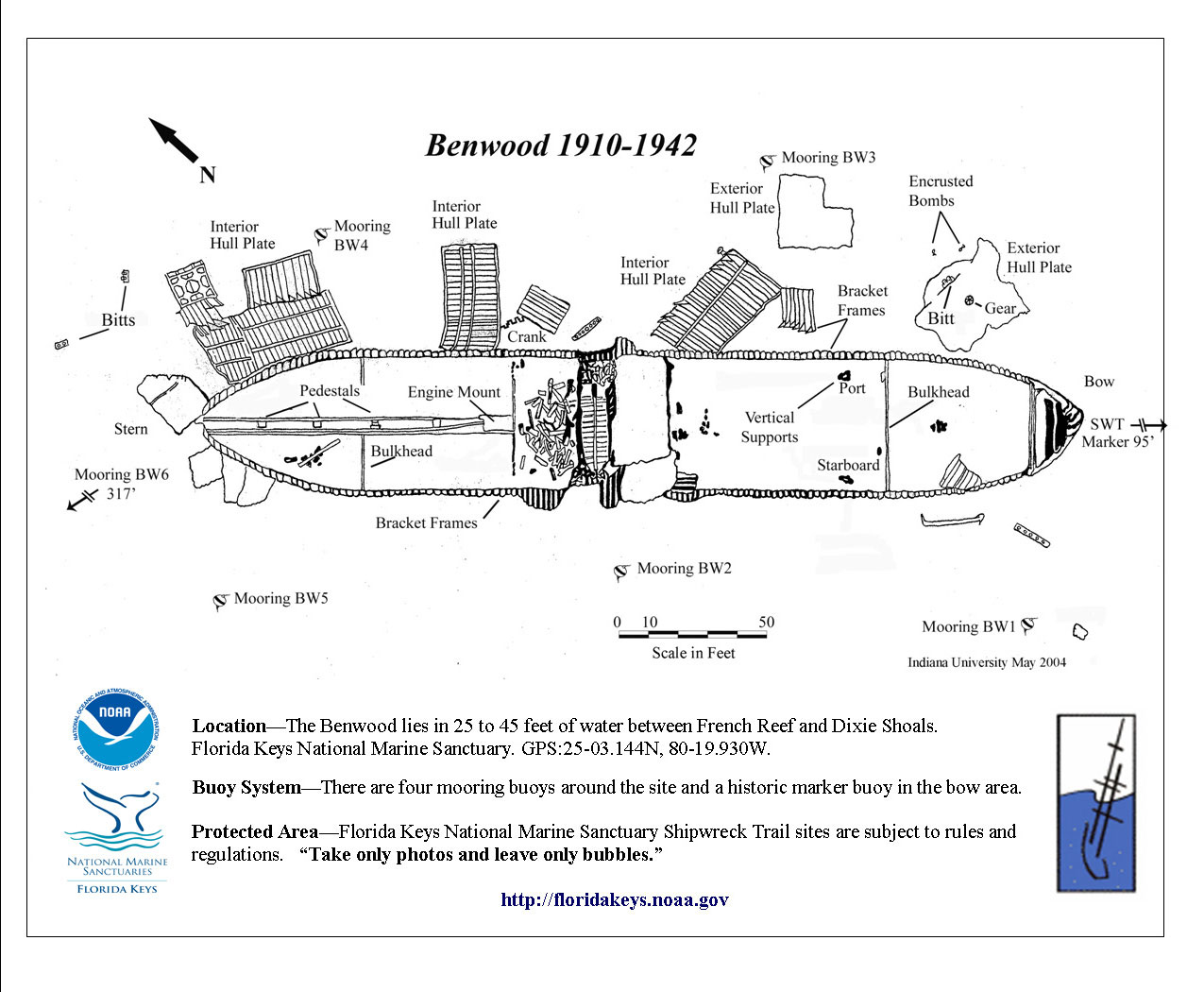